Message Sent
Thank you for your inquiry. We will respond to you as soon as possible.

Support a cause that's important to you with a charitable gift

Take advantage of the many tax benefits of making a gift

You are at: Planned Giving > For Advisors > Washington News 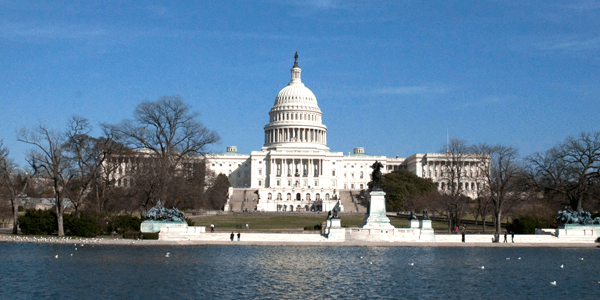 On December 8, the IRS reminded many IRA and other retirement plan owners that they are required to take a required minimum distribution (RMD) by December 31, 2021.

The RMDs are a minimum amount that must be withdrawn from most retirement plans. Individuals who were age 70½ or older in 2019 (with a 70th birthday on or before June 30, 2019) were excused from a required distribution in 2020, but must take their first payout by December 31, 2021.

Now, the age for most individuals to start an RMD is 72. Individuals with a 70th birthday on July 1, 2019 or later who reach age 72 in 2021 must take an RMD no later than April 1, 2022. To avoid taking two RMDs in 2022, many of these IRA owners will choose to take one distribution this year and one payout next year.

The RMD rules apply to an Individual Retirement Arrangement, a Simplified Employee Pension (SEP) IRA, a Savings Incentive Match Plan for Employees (SIMPLE) IRA, a 401(k), a Roth 401(k), a 403(b) or a 457(b) plan. Distributions from a Roth IRA held by the original owner are an exception to the RMD rules and may be deferred even after reaching age 72.

Your IRA trustee or plan administrator must report the required distribution to each IRA owner and the IRS. If you have multiple traditional IRAs, you may calculate the RMD for each IRA and then choose to withdraw the total from any one of the IRAs. However, if you have multiple workplace plans, such as a 401(k) and 403(b), you must calculate and take the distribution separately from each plan. If you fail to take a required distribution, there is a 50% excise tax on the amount not distributed.

The required minimum distribution percentage is usually taken from the Uniform Lifetime Table III in Publication 590–B. An exception exists for a couple if the spouse is over ten years younger than the IRA account owner. The Service also has worksheets on IRS.gov that can be used to calculate an RMD. New IRA distribution tables will take effect in 2022 and future annual distributions will be about 0.2% lower for most individuals.

Individuals who took an RMD in 2020 that was later deemed not required due to Coronavirus legislation had two options. They could repay the distribution over a three-year period or spread out the taxes over three years. If the IRA had been inherited, the 2020 withdrawal could not be repaid, but the tax could be spread over three years.

Build Back Better Act by End of December?


At a press conference on December 8, Senate Majority Leader Charles Schumer (D–NY) stated, "We are still on track to vote on a final product before Christmas." House Speaker Nancy Pelosi (D–CA) continued, "It would be my hope that we have this bill done before the Christmas vacation."

House Ways and Means Committee Vice Chair Suzan DelBene (D–WA) spoke the same day on a public newscast. She also emphasized the importance of passing the Build Back Better (BBB) Act. The child tax credit for 2021 of up to $3,600 per child is extended for one year in the BBB Bill. If this is not extended, the credit will revert back to $2,000 per child in 2022. The current monthly advance payments will also end if the BBB Act does not pass.

DelBene stated that she hoped the checks "that are going out on December 15, that those continue, and checks go out on January 15 as well."

Provisions of the BBB Act are in process in both the Senate Finance Committee and the Senate Budget Committee. Senate Finance Committee Chair Ron Wyden (D–OR) indicated the text of legislation to raise revenue to pay for part of the cost will be completed on December 10. The estimated $2 trillion cost for paid leave, climate change, health care, education, housing and child tax credits will be offset in part through new taxes on corporations, high–income individuals and trusts and estates.

Wyden indicated the proposed bill language would not include a billionaire's tax. This is an assessment on individuals who have more than $1 billion in assets or income of over $100 million for three consecutive years. Wyden plans to lobby for inclusion of the billionaire's tax in the final legislation.

Wyden indicated that it is essential to pass the legislation by December 28 if the monthly payments for the expanded child tax credit are to continue. The IRS has been making monthly payments to families of $300 for children under age 6 and $250 for children ages 6 to 17. Wyden noted, "You need to pass Build Back Better that continues the program by December 28 to get the January checks out on time. That is what I am working on. That is my focus to making sure this gets done before then."

A coalition of conservation charities sent a letter to Sen. Kyrsten Sinema (D–AZ) and asked her to include the Charitable Conservation Easement Program Integrity Act (CCEPIA) of 2021 in the Build Back Better Act.

CCEPIA is designed to limit deductions to a multiple of 2.5 times the basis of investors in syndicated conservation easement partnerships. The coalition noted, "According to the most recent publicly available IRS data, investors claimed nearly $36 billion in unwarranted deductions between 2010 and 2018."

The coalition desires to protect the 2000 or more conservation easements made by private landowners each year. The total charitable deductions in 2018 for the private landowners were approximately $1 billion. This contrasts sharply "with the $9.2 billion claimed by syndicators for 296 entities in 2018."

The coalition concludes, "The Charitable Conservation Easement Program Integrity Act is the most effective and efficient way to halt this egregious and ongoing abuse. The legislation has the support of our respective organizations and the full backing of all those who worked tirelessly and ethically to conserve our country's irreplaceable farmlands, forests, ranches wetlands and historic sites."


With a narrow majority in the House of Representatives, Speaker Pelosi will need virtually all of the votes from her members to pass the Build Back Better Act. However, a group of five Representatives from New York and New Jersey have created a "No SALT, No Deal" caucus. The caucus insists that they will not vote for the BBB Act unless it increases the state and local tax (SALT) limit from $10,000 to $80,000.

Representative Mikie Sherrill (D–NJ) stated, "I think we are also happy to help our Senate friends with the understanding that there is no bill that is going to pass through the House without SALT."

In the Senate, Senator Joe Manchin III (D–WV) indicated displeasure with the $80,000 SALT limit. Manchin thinks it is an "oxymoron" to say that the bill will be paid for by the wealthy and then give tax breaks to upper–income persons.

The nonpartisan Urban–Brookings Tax Policy Center (TPC) completed an analysis of the impact of both $80,000 and $25,000 SALT limits.

Editors Note: Your editor does not take a specific position on the BBB Act or the proposed changes in the SALT cap. This information is offered as a service to our readers.


The IRS has announced the Applicable Federal Rate (AFR) for December of 2021. The AFR under Section 7520 for the month of December is 1.6%. The rates for November of 1.4% or October of 1.0% also may be used. The highest AFR is beneficial for charitable deductions of remainder interests. The lowest AFR is best for lead trusts and life estate reserved agreements. With a gift annuity, if the annuitant desires greater tax-free payments the lowest AFR is preferable. During 2021, pooled income funds in existence less than three tax years must use a 2.2% deemed rate of return.

Protect Yourself From Holiday Scams